So This Now Exists…

I just received some news. Something has been created, patented, funded, marketed and now released to the public. Something that apparently the world was in desperate need of. Something that is now available to the world so you can all enjoy a higher quality of life. That thing: scented skinny jeans.

That is an actual thing that exists now… 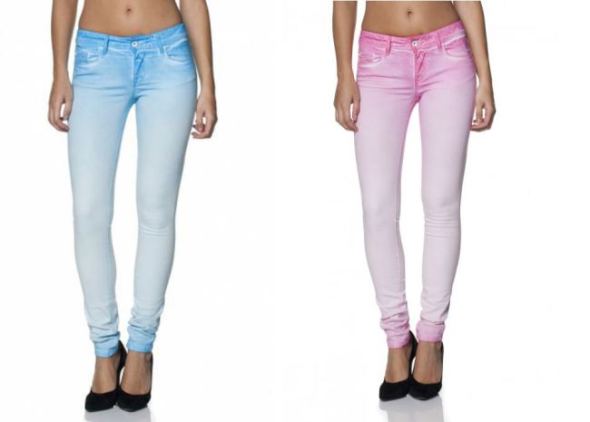 Rest easy world, there is now a way for your ass to perpetually smell like cherries. Never mind questions like “what happens when you wash them” or “couldn’t you just use body splash or lotion”. Those questions are for the silly folks who don’t see the clear benefit of such an advancement to our world. Thank you creator of this desperately needed product. Though I don’t know you, I assume you look something like this:

Now, who am I to say this is not the greatest achievement of our generation? Clearly it was necessary. However, such an advancement does make me stop and wonder, “Hey, aren’t there other things that we should be trying to create and/or make a reality before we turn our efforts to flavored clothing?”

Things we should be working on and funding before apple bottom jeans:

1) Cure for Cancer. Could we please focus some more time, energy and financing into this? I feel like we should be making this world priority number one. Could we pull some people off of the job of making our cell phones smaller and smaller, and focus that genius here?

2) Climate Controlled Bubbles. For those of us done with the sticky tropical climate of the summer. This year’s hot new trend: plastic bubbles for those who hate to sweat and be perpetually uncomfortable. Also available for the germaphobe and those with personal space issues.

4) A Hulk movie that isn’t terrible. Mark Ruffalo cracked the code and proved that a good Hulk movie CAN be done! The curse is broken! Somebody please make it happen. My suggestion for Director shall be Christopher Nolan, and please do it backwards like Memento.

5) Teleportation. For reals, why doesn’t this exist yet? The airlines are out of control. Let’s funnel some of that crazy money into this research. I have like 8 ridiculously expensive trips on tap that I can’t afford because apparently American Airlines is run by Mr. Potter from It’s A Wonderful Life.

6) Volume shampoo that actually gives volume. Shampoo companies, you should all be sued for false advertising. How dare you constantly get my sad-haired hopes up. How do you sleep at night? Bastards.

7) Lightsabers. I feel like we’re so close to this one. We have lasers. We have weapons. We have weapons with lasers…so close. The first nerd who can post the scientific explanation of how it’s possible here will win undying respect and cash and prizes. I need to know why I don’t have my own lightsaber and I need to know now. Come on science, be better!

8) Flying cars. Promises were made. In the 80’s documentary Back to the Future II when time travel was achieved we got to see into the future of the mythical year 2015. In that docudrama we saw flying cars. Science, you have one year and I expect that thing in my driveway. Am I the only who remembers this:

9) Shark Repellent. Like mosquito repellent, but for sharks. For those of us who never recovered from watching Jaws in our formative years. I feel like it will probably have peppermint oil in it, because we all know that sharks hate peppermint. There, I got the ball rolling for you.

10) Robot butlers. We walk a fine line with this one. The robot will need to be smart enough to handle basic chores, but not so smart that it evolves and tries to murder me. So more like this…

…But in the meantime I’ll settle for this…

11) Dislike button on Facebook. Sometimes people need to know that all of their thoughts are not gems. Oh pictures of your baby, those are really adorable and I will click the LIKE button…Oh, you’re thinking about having chicken for lunch? Swing and a miss, so I’m going to go ahead and DISLIKE that one.”

12) Scratch proof 3D glasses. The last 3D movie I saw was like watching through a blurry window pane after Wolverine tried to break through the glass. The way you theaters guard those things I would think they would be made better. I assume it was Captain America that I saw, but that’s just what I could gather from dialogue clues.

13) Gluten Free cure. It turns out gluten is my favorite food. There should be a cure for those people who swell up and die when they enter a room where wheat has ever existed. My poor friend Caryn lives with this affliction and it breaks my heart. The poor girl hasn’t eaten actual food in years! We have to find a cure!

14) The real ending of LOST. There has to be a less infuriating ending to that show. I gave that show six years of my life, and after such a long relationship I think you owe me more than the way things ended between us.

So none of those things actually exist in our daily lives, but don’t you fret world, because now the we have scented skinny jeans. FINALLY! How have we managed this long without pants that smell like a car air freshener? Were we even really living at all?

21 Jul This entry was published on July 21, 2014 at 10:09 pm and is filed under Uncategorized. Bookmark the permalink. Follow any comments here with the RSS feed for this post.

Older: The Real Turn-ons Of An Almost 30 Something
Newer: The No Good, Very Bad Day

One thought on “So This Now Exists…”